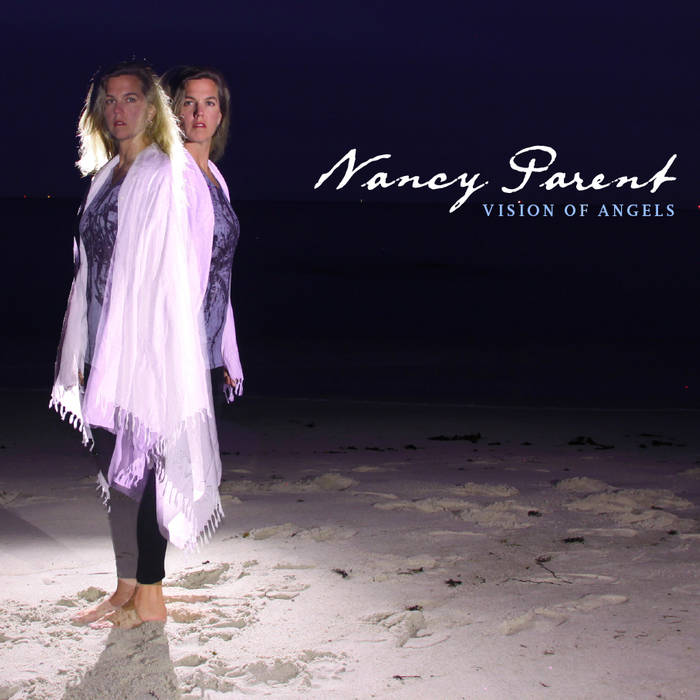 "Vision of Angels" is the debut CD from singer/songwriter Nancy Parent (www.nancyparent.com). The album, produced by Hugh Birdsall (The Reducers, Dogbite) and Nancy has been a year-and-a-half in the making, and features 12 original songs written by Parent.

The overall flavor of "Vision of Angels" is twofold - Half of the songs lean toward ethereal folk underscored by the legato bowing of violinist Dana Takaki, along with upright bass, piano and pedal steel, while the others feature more upbeat tempos and layered arrangements including drums, bass, and electric guitars. All of the songs showcase Parent's strong soprano voice, which has been compared to Joan Baez and Judy Collins. Nancy's lyrics are informed by her keen personal interest in social justice, women's issues, personal relationships, spiritual reckoning and her work as a professor of women's studies and anthropology at UConn Avery Point.

Parent has played with the folk-rock/Americana band The Rivergods (www.therivergods.com) since 1998, as a lead singer, guitarist, and pedal steel player, and regularly contributed songs to their catalog, but this is her first solo album of all original material. She is a frequent collaborator with other artists from Connecticut (she played in the Red Hot Stove Tops with singer/songwriters Daphne Lee Martin and Sue Menhart, and in 2012, she guested on John Fries' E.P. "U.S. 50" adding vocals and pedal steel).

Bandcamp Daily  your guide to the world of Bandcamp

Featuring interviews with the mighty Hiatus Kaiyote and genre-busting L'Rain.